A little off the beaten path just away from Koenji Station, Jac Ramen, known as “Chuka Soba Jac” in Japanese, is a very bright and airy ramen shop where you can sit in vintage children’s school chairs. The staff is friendly but quietly toiling over the magical slow cooked umami soup stock. Opened in 2012, Jac was off to a good start winning a 2013-2014 Tokyo Ramen of the Year award (TRY).

A good ramen shop usually has less choices, as their focus is on those. Here there is only one soup stock and noodle type with 3 ways to eat it. “Chuka Soba”, the name of their standard ramen, “Tsukemen” style which is the soup on the side for dipping, and finally their specialty, “Jac Soba”. The Jac special ramen consists of ramen with a thick shoyu (soy sauce) flavored brown soup consisting of the usual pork flavors found in tonkotsu ramen but also includes chicken flavoring and some dried fish as a base. This is inspired by the style of ramen from Tokushima (on the island of Shikoku, most famous for the Awa-Odori traditional dance festival, which has also become famous in Koenji).

Ramen soup is usually described with two words: kotteri meaning “thick” and “rich” or assari meaning “light”. The murky goodness found at Jac is definitely kotteri. With Tokushima Ramen you can usually distinguish the soy sauce and sweet taste but here the soup style is more subtle and delicately balanced. The noodles are straight with medium thickness and firm and the soup clings to the noodle nicely. If you order the Jac Soba, it comes with extra pork, menma (seasoned bambo shoots), scallions, a marinated half boiled egg “ajitama” and a raw egg on the side, meant to be put in the ramen (however this way if you don’t want to eat raw eggs you can leave it out). This is a very uniquely Tokushima way to eat ramen. The pork on top is sukiyaki style which is a bit unusual and when added with the raw egg makes it sort of like a sukiyaki-style ramen. Usually Tokushima ramen is eaten with rice so the bowl may be a bit smaller than some types of ramen, but the soup is so hearty you’ll be plenty full. If you want rice you can order it separately for 100 yen. Additional toppings can also be purchased, and on the counter there are a few condiments you can add such as white pepper, garlic paste, and a Tokushima special bitter citrus juice called sudachi which you should try since you will not likely find it elsewhere in the area.

Payment and Menu:
Common to the majority of ramen shops, you need to pay by the ticket vending machine (only takes 1000 yen bills and coins) on your left as you walk in. See the photo provided to help you decipher the Japanese. See our ramen manga for info about Japanese ramen manners. 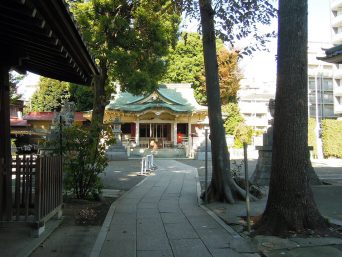 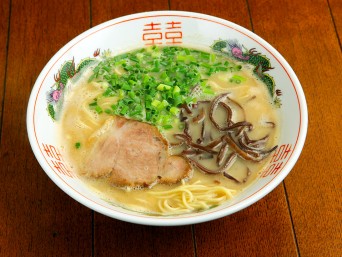 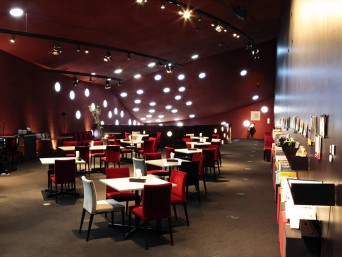