Hakusan Jinja is the formal name of the Shinto shrine, but it is often called Ogikubo Hakusan Jinja (Shrine) since it’s situated near Ogikubo Station. It’s only two minutes’ walk from the West Exit of Ogikubo Station, accessible by both JR and Tokyo Metro lines. Hakusan Shrine is said to have been founded in the late 15th century. Uesugi Akisada, who reigned the Kanto District, had his home shrine in Kaga District (Ishikawa Prefecture), but Ishikawa was too far away for him to pay a visit, so Nakada Kaganokami, one of his vassals, decided to move the shrine to the present place in Ogikubo for his master.

Reitaisai (autumn festival), on September 7th and 8th is something you will want to see–The shrine’s mikoshi, a portable shrine, which weighs as heavy as 560 kilograms, is carried by many strong men, and they parade around the station for about three hours. For the next four hours, the mikoshi is carried by 100 women.

The shrine atmosphere is very pleasant, with its cat statues and approach from the nearby shopping street. Mr. Omata, shrine’s priest told us, “Even on a very hot summer day, you will feel refreshed and dignified, once you step onto the shrine approach. Also, even if you have something to worry about and feel uneasy, you will have a calm and peaceful mind in the shrine compound.” All the more reason to visit Hakusan Shrine in Ogikubo. 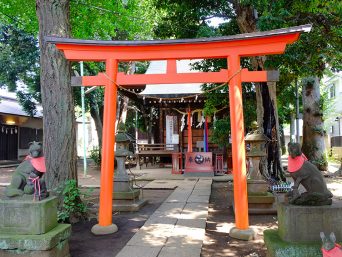 An Inari Shrine in Nishi-Ogikubo With a Fox Mummy Legend 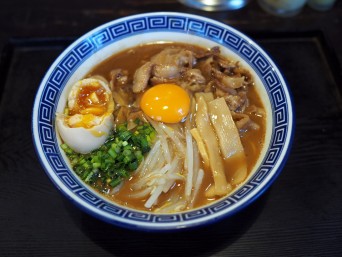 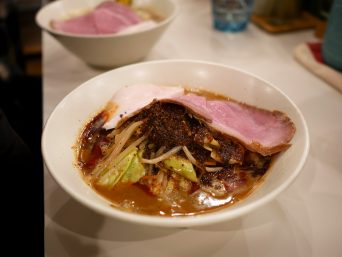 Thick Soup Ramen with Meat and Vegetables in Ogikubo 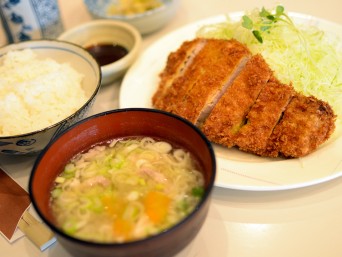 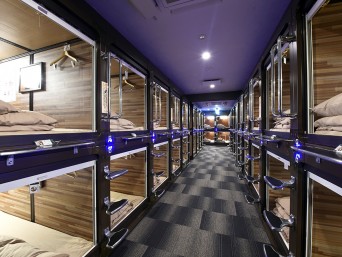