Further down the Chuo Line from Shinjuku, and thus somewhat off the beaten path, is Nishi-Ogikubo. A cool and unique place with no touristy-feel at all, it has an “old town” vibe with its large amount of antique shops, and there are also many local art galleries and studios sandwiched between the antique shops on the north side. At night the town comes alive with its street bars and restaurants on the south side. More recently a vegan movement also started in “Nishiogi”, with the amount of vegan and vegetarian-friendly establishments growing steadily. Also known for various events and the large Zenpukuji Park, there are many reasons to go the extra mile to Nishi-Ogikubo.

Known nowadays for its art and antiques district, the area boasts the largest number of antique stores in one area in Tokyo, thus putting it in the running for most antique shops in all of Japan. Aside from being an antique hunter’s dream, it is home to some great coffee shops, restaurants, and bars. The charm of “Nishiogi”, as the locals call it, is the large number of privately run shops. The area really started to take shape from around 1907, when the head of what was then called Iogi Vilage, Hidegoro Uchida, did so much to develop the town. He was born in 1876 to a farming family, and at the young age of 30 became village headman of Iogi Village. He was involved in various town planning and agricultural development. The addition of Nishi-Ogikubo Station between Ogikubo and Kichijoji Stations is said to be in large part due to Hidegoro’s efforts. He passed away in 1975 at nearly 100 years of age, so he was able to see the continuation of Nishi-Ogikubo’s great development. A bronze statue of Hidegoro Uchida now stands proudly in Zenpukuji Park, as he continues to watch over his beloved Nishiogi. 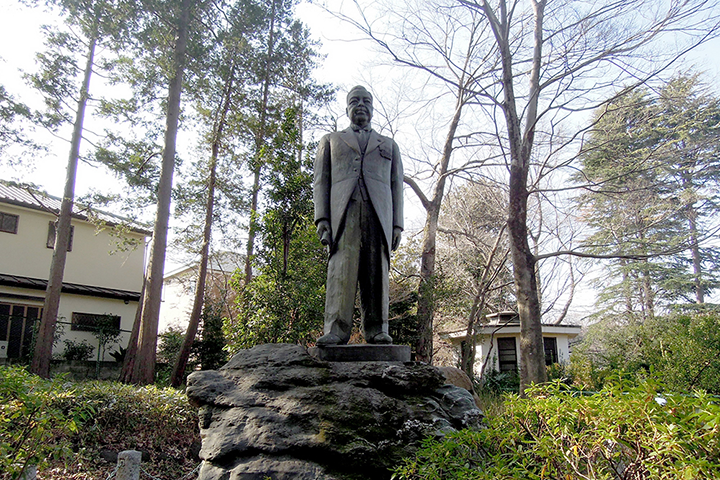 From JR Shinjuku or Tokyo Station: Take the JR Chuo Line west (toward Mitaka/Takao) and get off at Nishi-Ogikubo Station. It’s about 13 minutes from Shinjuku (220 yen) and 27 minutes from Tokyo (400 yen).

*Note that the Chuo Line does not stop at Nishi-Ogikubo on weekends, so you will need to take the Chuo Sobu Line instead.

*Also note that other than the regular “Rapid” Service, other Chuo Line trains (Special Rapid, Commuter Special Rapid, etc.) do NOT stop at Nishi-Ogikubo. Depending on the time you may also board a train that terminates at Nakano Station. In that case get off and wait for the next train.

“Nishiogi” is the place for a one-of-a-kind souvenir, because it is home to the largest antiques district in Tokyo! So head to the antiques area northwest of the station where you can buy a large range of antiques from authentic ukiyo-e prints on the more expensive side at Kidoairaku or wooden “Kokeshi” dolls on the cheap at Jikoh, each with their own individuality. 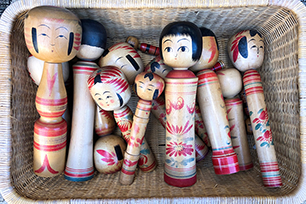 Nishi-Ogikubo is known for its antiques and arts district. Follow the road in front of the north exit of the station to the west, and after it curves to the north you will eventually enter the antiques district. On the south side of the station, the night life area at Yanagi Koji street has breathed new excitement into the area with its bars and street food.

Though on hold in recent years, the Hello Nishiogi and Owara Kaze no Mai festivals have always brought a good amount of traditional festivity to Nishi-Ogikubo. The “Chasampo” tea walk is a nice way to peruse some local shops in a relaxing atmosphere and soak up the local vibes, and Trolls in the Park proudly displays two things “Nishiogi” is known for: art and nature.

In terms of cuisine, Nishi-Ogikubo is known for curry and vegan food. While there are several restaurants and cafes offering full vegan menus, there are others that aren’t exclusively vegan, yet they have menus that still cater to vegans and vegetarians. Aside from the veggie side of things, Nishi-Ogikubo also has its fair share of unique coffee shops with antique vibes.

As Tokyo’s number 1 antiques district, you can bet that Nishi-Ogikubo shopping has “antiques” written all over it. With plenty to choose from in the ways of Japanese and western curios, you can find furniture, accessories, figurines, toys and dolls, wares, kimono and more. Also with its many artists and art studios, you are likely to find some “modern” antiques and crafts as well.

Zenpukuji Park is a great site where you can enjoy the seasons surrounded by nature in Tokyo. Rent a boat and enjoy a lap around the large pond. Nearby is Igusa Hachimangu Shrine, with one of the largest shrine grounds in all of Tokyo. And since the Animation Museum is right smack dab between Ogikubo and Nishi-Ogikubo, it deserves a mentioning as well.

Other areas have hotels, ryokans, capsule hotels, hostels and guest houses but Nishi-Ogikubo has its own unique offering in Tasu Toco, an apartment hotel. Have your own apartment right near Nishi-Ogikubo Station! A great choice if you can book well in advance.