Koenji Fest became the largest Autumn event in the Suginami area and attracts more than 180,000 people every year. You will enjoy various events such as talk shows by well known people related to Koenji, pro wrestling in front of the station, vintage clothing fashion shows, various “yuru-chara” character events (including wrestling!) and live music on the streets. Also about 200 shops have various deals and projects during the event.

Koenji Fest is usually held on the final weekend of October. 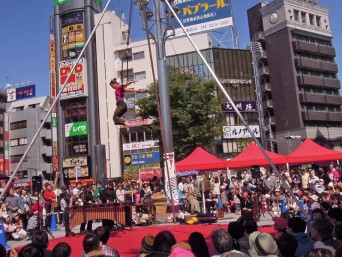