HOW TO WEAR YUKATA 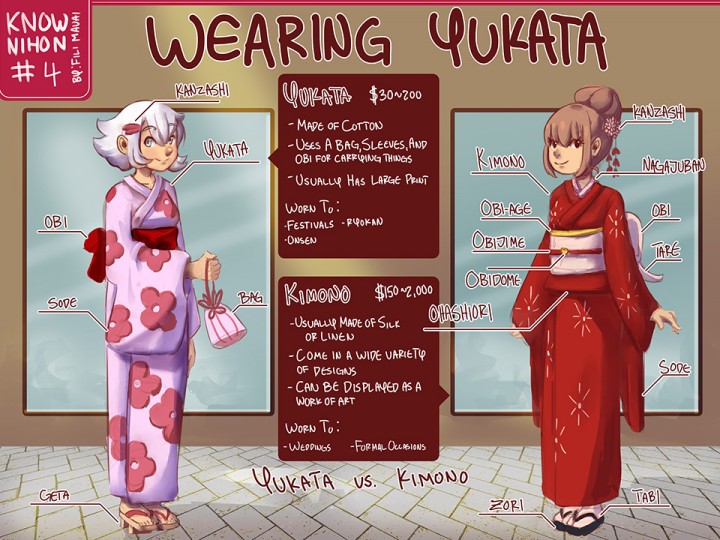 The Difference Between Yukata and Kimono

YUKATA (浴衣) look similar to KIMONO (着物) but genuine Kimono are made from silk. The under garment NAGA-JUBAN (長襦袢) and collar TSUKE-ERI (付け襟) are overlapped repeatedly, and the pattern reflects the wearer’s status in society. Japanese have difficulty selecting kimono. On the other hand YUKATA are made from cotton and often worn at the bath/bathhouse. They are also clothes for sleeping in or worn for relaxation after a bath, though nowadays they are popular summer wear. From summer to early fall, it’s fun to go out to see fireworks or shrine festivals wearing yukata! 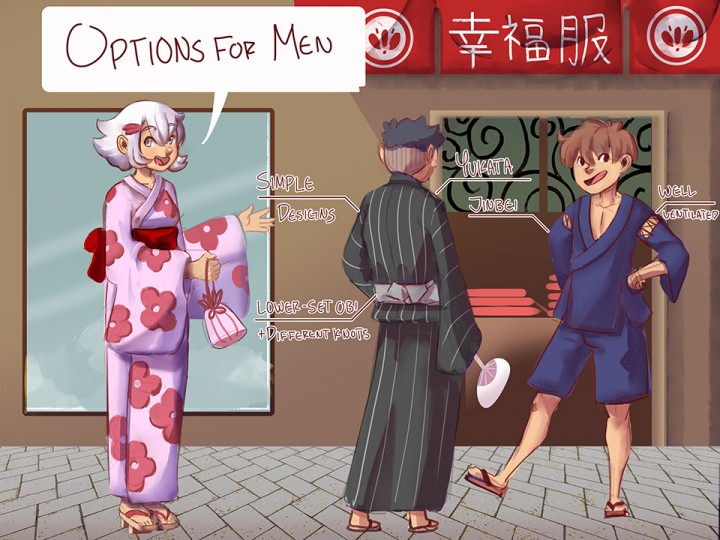 Yukata for Women and Men

Yukata fashion is very popular among girls and women, but that is not to say there aren't options for men. Unfortunately for men, men’s yukata don’t come in a lot of variations and are usually rather plain, but if worn correctly you can find your inner-samurai! The belt is tied low and there are several different knots, much like there are with neck ties- it can be an art in itself.
There are also shorter and more versatile traditional wear, such as the men's Jinbei. 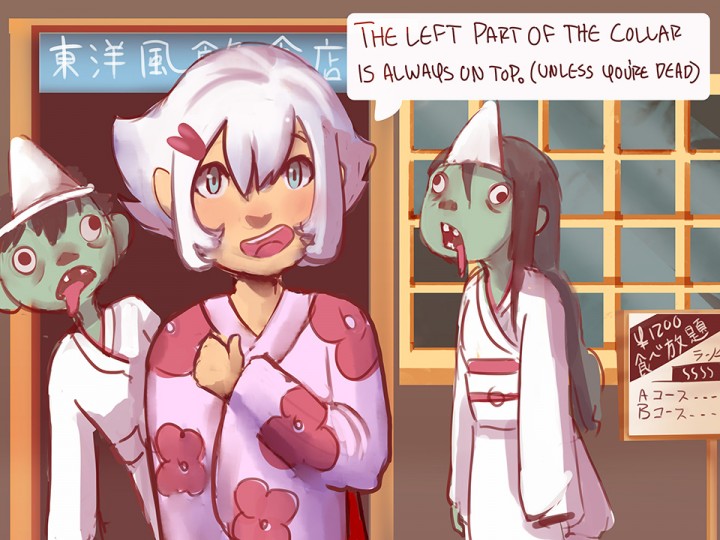 How to Wear Yukata

・For men and women the left collar (lapel) should be in front! The right lapel is only to be worn in front by the deceased in a coffin! Please be careful not to dress yourself as a dead person!
・Neatly and firmly close the yukata at the chest.
・Tie the belt tightly, with a straight back to keep good posture.
・"Geta" wooden sandals are worn with yukata. If you do not have access to geta or they hurt your feet, any type of sandal is OK. Do not wear sneakers, shoes, or heels with yukata. 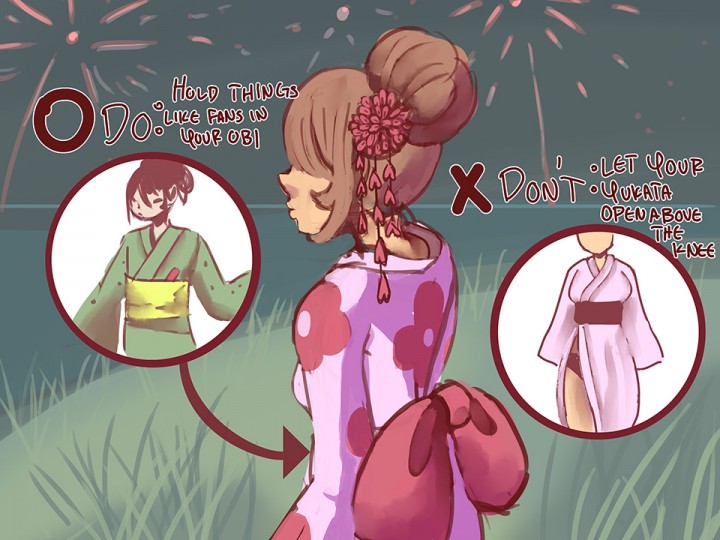 ・For women, it is stylish to wear your hair up to show your neck, especially the nape of the neck. Sexy expression for Japanese is to close the chest area tightly up to the collar, exposing the back of the neck instead. With kimono or yukata, your style should not be "curvy"; straight is more beautiful.
・Drawing out a small sensu fan tucked between the yukata and the obi belt, or a small purse from the lapels at the torso, is true Japanese style.
・Kimono and Yukata exhibit an elegance and refined style, so it is important to move properly. With good manners. Sitting cross legged or resting your chin on your hands, for example do not match with yukata elegance.
・Showing a little leg is also fine, but be careful that your yukata doesn't open above the knees, as it is very poor yukata manners.
・Caution: If you are not used to wearing yukata or geta sandals, do not run as it is very easy to injure yourself! Until you get used to them, please take it slow. 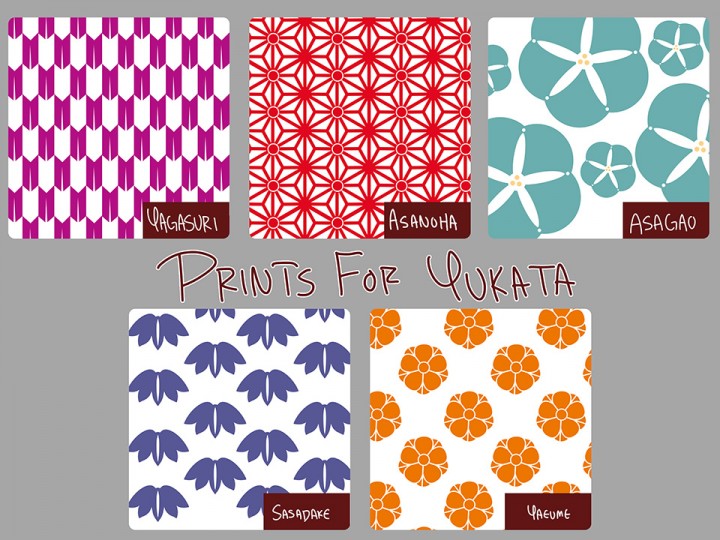 Enjoy finding the yukata that suits you best!

Kimono is the traditional Japanese clothing that is famous abroad, but perhaps many people do not know about yukata. Kimono are formal traditional wear, so yukata are the lighter, more casual version. Perfect for summer festivals and events, when you visit Japan you are much more likely to enjoy a night on the town in yukata than kimono, and also since they are lighter and casual they also cost a lot less, making them great for gifts and souvenirs!

Yukata season is from June to September. They are sold commonly within the season at kimono specialty stores in local shopping areas or shops in station buildings. In the off-season you can browse selections online. A standard set with the yukata robe and obi belt for men or women is usually under 10,000 yen (about $100 U.S.) and sometimes geta wooden sandals are also included. If not, any type of sandal is OK to wear with yukata. Trying different combinations shows fashion sense! Good coordination of the yukata and belt lets the wearer’s fashion sense shine.
If you want to put on your yukata yourself, unfortunately tying the obi belt is quite difficult, but a version for adults called a SANJAKU-OBI (三尺帯) is easier.

The best places for wearing yukata and taking your photo are at shrines and temples, summer festivals, and you can also find unique residential areas and alleyways with a Japanese folk atmosphere.