Nishi-Ogikubo or ‘Nishiogi’ as it’s affectionately referred to by the locals, typifies ‘village life’ in Tokyo. This tight knit community which benefited from the counterculture movement of the 60’s is home to an abundance of intimate music venues, quirky antique stores, artisan boutiques and the excellent Yanagi Koji eating and drinking street.

Occupying only a fraction of the real estate of other more boisterous ‘yokocho’ alleys along the JR Chuo Line, Nishiogi’s Yanagi Koji Street still manages to pack a mighty punch with its cozy setting, eclectic selection of eateries and warm-hearted regulars. Singles, couples, work groups and local stalwarts, many of whom could be considered part of the furniture, all proudly call the street their ‘watering-hole’.

Handsome Shokudo, the ever popular Thai eatery, is often credited with breathing fresh life into the street, elevating it from its seedy roots as a former red light district. Thanks to their pioneering efforts, Yanagi Koji Street now attracts a more discerning audience with the emphasis just as much on exceptional food offerings as it is drinks. Diners are spoilt for choice with outstanding Thai, Korean, Indian, Greek and regional Japanese eateries all crammed into its small footprint.

Guidance and accommodation: Don’t let the lack of printed English in the area drive you away. Some clearly spoken words, a handful of well honed gestures and a polite smile is all you’ll need to order up a culinary storm and and a drink or three. The atmosphere is inviting and the shoulder to shoulder seating all but guarantees some interesting conversation and new friends for the evening. Groups larger than 4 in size will most definitely have issue in securing a seat but the surrounding streets provide an attractive backup plan for a memorable night out.

Nishi-Ogikubo is also an ideal local to situate yourself if looking to unearth a lively local side of Tokyo with easy access to Shinjuku and the more touristic hubs. Any number of AirBNB can be found nearby and if you can make reservation in advance there is also a unique Japanese-style apartment for rent called Tasu Toco just on the north side of the station.

When to go: As a rough guide, the hours of operation for most establishments fall between 6:00pm and 4:00am, with each assigning themselves a unique day off. The later part of the week sees the most activity with 8:00pm to 11:00pm being the atmospheric sweetspot. All the food, drink and banter spills out into the street on the 3rd Sunday of each month with vendors opening shop from 11:00am and welcoming the community to eat and drink the afternoon away.

Prices: Drinks are in the order of 500 to 1000 yen with dishes priced to suit most budgets. Don’t be alarmed to see an ‘otoshi’ seating charge of 300 to 400 yen added to the bill at the end of the evening. This seating charge accompanied by a small appetizer is very much customary in many of Tokyo’s small bars, izakayas and drinking establishments.

Nishi-Ogikubo Chasampo– an event established to explore the area and enter various Nishiogi-flavored artsy shops with the offering of free fee and other goodies. While it takes place all around Nishi-Ogikubo, some participating locations are right on Yanagi Koji Street.

Location: Exit the south side of Nishi-Ogikubo Station, turn right and follow the train tracks further west until you see a Matsuya franchise store at the first street on the left. Turn here and Yanagi Koji Street is the first alley on your right after passing Matsuya. Hatsune Ramen denotes the entrance, blink and you’ll miss it! 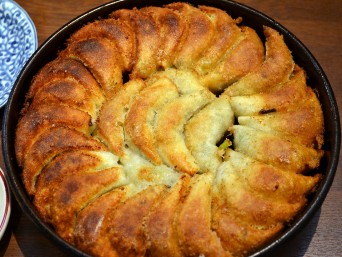 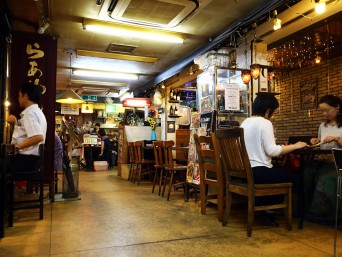 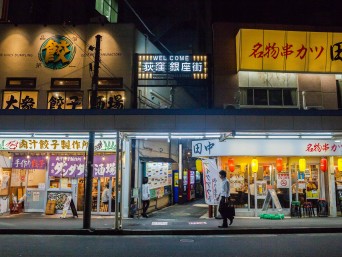 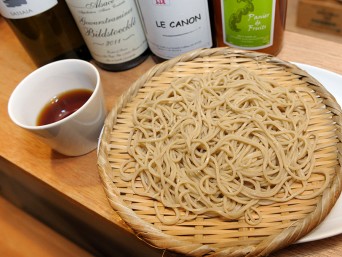 Soba and Wine Restaurant in Nishi-Ogikubo 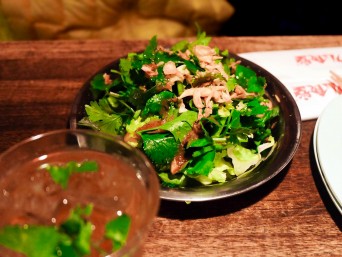