Distance from Station:
2 minutes from the North Exit of Koenji Station

Communication:
Many restaurants have menus in English or menus with food photos. Some staff may speak English.

Koenji is known for its casual outdoor drinking and eating culture. However, for the indoor alternative, only two minutes north of Koenji Station and tucked away behind the fish, meat and vegetable vendors of Koenji you can find the vibrant Daiichi Ichiba, which is sort of a roofed food yokocho (alley). Daiichi Ichiba is home to over 10 restaurants and drinking spots offering anything from casual ramen and yakitori (mostly skewered chicken) to freshly made Vietnamese pho & skewers and Japanese curries good enough to write home about. Daiichi Ichiba is known for its affordable yet tasty food, lively nights, and an atmosphere that resembles the streets of Hanoi, considering the good selection of Vietnamese food and the quintessential plastic stools at the market.

Daiichi Ichiba (Daiichi Market) was formerly an indoor marketplace home to small tofu and dried foods shops and had a reputation as being the busiest market in Koenji. The small shops have been replaced by restaurants, but the area still maintains the hustle and bustle feel of a Japanese local market combined with delicious food and drinks. This unique and authentic atmosphere makes Daiichi Ichiba a Koenji establishment and a great destination for foodies and curious explorers alike.

What sets Daiichi Ichiba aside from other yokocho (food ally) in Tokyo is its international selection of food, intimate feel and varied customer groups, ranging from local regulars, couples, musicians, and other fans of Koenji. On any given night, you are guaranteed to enjoy great food and drinks (that should suit most tastes) while rubbing shoulders with the locals.

When to go: The market itself is open from 11:30am to 12:00am midnight and some restaurants are open for lunch at lower prices. However, for the real feel of Daiichi Ichiba’s atmosphere evenings from 7:00pm onwards are recommended. The restaurants can get crowded on Thursday to Saturday nights but with a large number of restaurants, seats are more or less guaranteed.

Location: As you exit the North Exit of Koenji station, head to the left and cross the street towards Mister Donut. Take a right and in 50 meters, make a left turn and walk between the vegetable, fish and meat vendors for another 50 meters. The entrance to the market will be on your right. 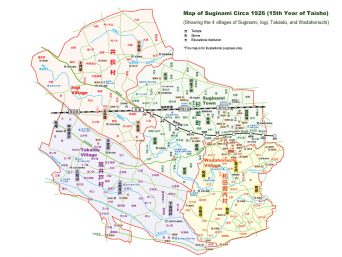 THE HISTORY OF SUGINAMI, TOKYO 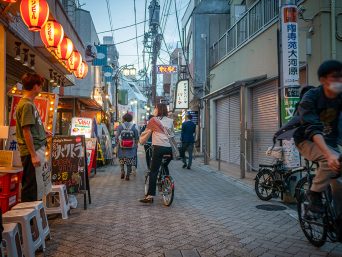 Shopping Street on Koenji's North Side 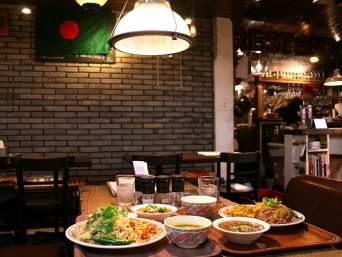 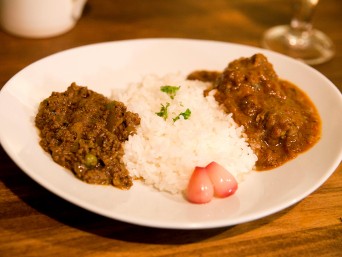