COMPANIES BASED IN SUGINAMI

An interesting statistic of the industry in Suginami is that the ratio of wholesale and retail businesses is the highest, and the ratio of companies in the manufacturing industry is lower than that of the other Tokyo wards. However, some companies in Suginami create remarkable products that have gained a remarkable reputation both inside and outside of Japan. Here we introduce four companies that are unique and worth paying attention to.

Tamasu is a company that produces comprehensive table tennis equipment and occupies the world highest share. Butterfly, their brand name, is particularly well-known throughout the world. Since it moved its headquarters to Suginami in 1956, it has been exporting its equipment to approximately 200 countries. The most notable point of the Butterfly brand is that they support and have contracts with the world’s top athletes and also develop table tennis equipment of high performance and quality together with them. Some of these athletes include not only Jun Mizutani and Tomokazu Harimoto of Japan but also athletes from table tennis powers like China, Germany and Korea. Next to the headquarters main building there is a training center called “Butterfly Table Tennis School” that has eight table-tennis tables. Athletes from more than fifty countries around the world come here to devote themselves to improving their skills and popularizing table tennis.

Nemoto Co., Ltd. manufactures and sells luminous pigment that can be used in our daily lives such as for alarm clocks that illuminate for a long time in the dark or the guide lights of emergency exits. In the past, luminous pigment used to contain slightly radioactive materials. The innovative LumiNova, which Nemoto developed in 1991, does not contain any radioactive materials, and it is ten times brighter and its luminescence lasts ten times longer than other conventional products on the market. Nemoto expands its business not only in Japan but in Europe and China as well. Lately, they have developed colorful luminous pigment and phosphorescent pigment, including red and many other colors that have been said to be difficult to develop, and they are used for many products like food packages.

*LumiNova is the registered trade mark of Nemoto Co., Ltd.

Indies Zero (stylized as “indieszero”) is a video game company that is involved in developing games for other companies such as Nintendo, Sega, and Square Enix. These include games for various Nintendo systems like Nintendo 3DS and Switch, as well as Playstation 4, Xbox One, smartphone applications, and arcade games. For example, “Shaberu! DS Oryori Navi” is a Japanese cooking simulator for Nintendo DS with various recipes, and “Theatrhythm Final Fantasy” is a rhythm video game based on the Final Fantasy series. They create various products from recreational and action games to practical and educational games.  Every game is designed for fun, and expressions that can be understood only in particular countries are deleted and changed into a universal way. Through their unique game design we can feel their desire to make every player happy.

Canopus creates original drums that are used by many musicians both in Japan and around the world. In 2007, they began to sell their NV60-M line which reproduced drum sounds that dominated the jazz world of the 1960s. Canopus then became internationally known as a top company for making jazz drums. The Canopus custom shop in Takaido has a lot of colorful drums, and in the back of the shop there is a workshop where they research and develop drums. Also, in the studio on the premises, professional drummers sometimes give drum lectures that show the attractive points of Canopus drums.

In Suginami ward, there are various companies dealing in food, architecture, information-communication and so on. There may even be goods you use in your daily lives or products and parts created and produced in Suginami, Tokyo. 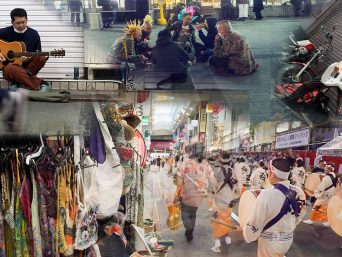 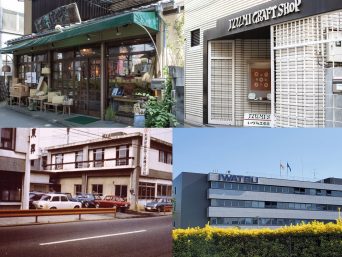 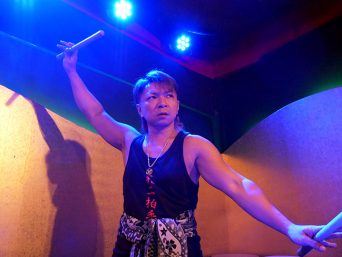 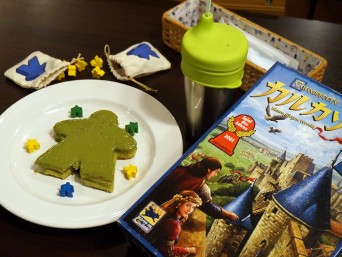 Board Game Cafe in Koenji