Ward Off Evil Across from the Animation Museum
[updated June 2019]

Ogikubo Hachiman Shrine is just across the road from the Suginami Animation Museum, where you can learn and enjoy all kinds of activities about animation. “After the museum, people from abroad come to the shrine to stroll around the compound and many of them get their fortune,” says the chief priest of the shrine.

This shrine is believed to be founded in the year 889. In around 1060, Yoritomo Minamoto, the founder and the first shogun of the Kamakura Shogunate of Japan, prayed for his victory in the war of Tohoku District. He won the war and on the way home he stopped at this shrine. He constructed a place to enshrine the warriors. In 1477, Dokan Ohta, who first built Edo Castle, planted a tree here wishing for his victory in battle. This tree is still towering in the sky in front of the shrine.

You will also come across a strangely shaped object in the compound. It is made of stone, the center of which has a round hole. This is called a Haraimon, a gate which is supposed to brush off your bad luck and beckon good fortune when you pass though.
There is a special way to pass through the hole in the stone:
1. First face the stone ring and bow.
2. Pass through and loop around to the left, returning to your starting point.
3. Bow again.
4. Pass through and this time loop around to the right, returning to your starting point.
5. Bow twice, clap twice, and bow once before passing through one last time.
Now you have warded off evil! 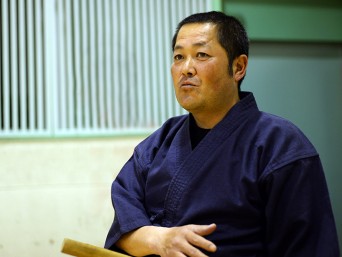 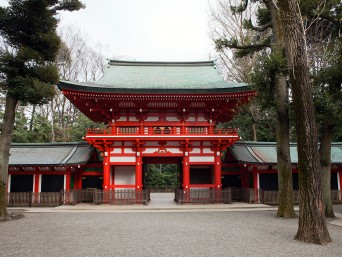 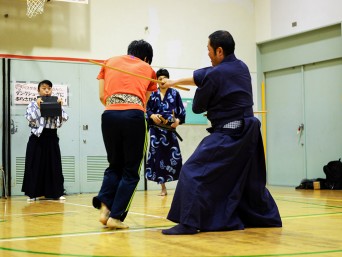 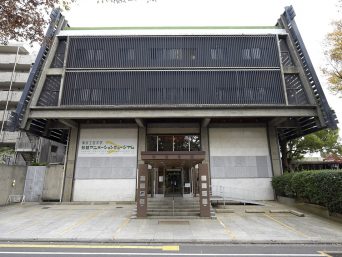 A Museum Dedicated to Japanese Animation