Historic Mabashi Inari Shrine is a ten minute-walk from JR Asagaya Station. The area around the shrine used to be agricultural land until the Great Kanto Earthquake broke out in 1923. After the Earthquake, those who had lost their houses moved into Asagaya/Suginami and the paddy fields rapidly turned into a residential area.

The shrine was founded several hundred years ago. The farmers of this land worshipped at this shrine, wishing for good harvest. In 1975, to commemorate the 700th anniversary of the shrine, the Zuishinmon (a gate to ward off evil spirits) was built, and the largest bell in Tokyo is hung from its ceiling. The second Torii gate is made of stone and is one of the three famous Torii gates in Tokyo with an ascending dragon “shoryu” and a descending dragon “koryu”. These two dragons were quite beautifully carved and are worth seeing. The shrine is rather dark even in the daytime because of the tall trees, and once you step into the compound, you will be wrapped in a serene, mysterious atmosphere. 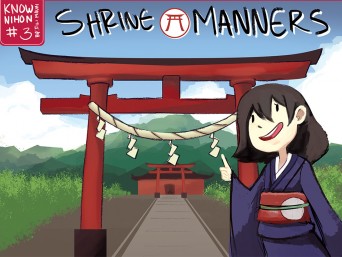 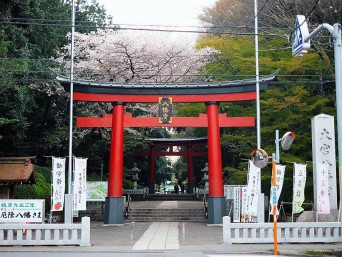 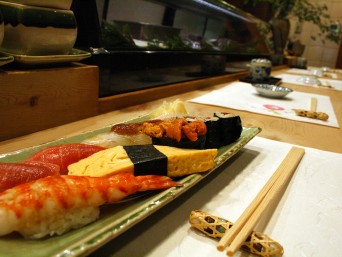