Communication:
English is unavailable at these non-touristy temples.

In the Suginami Ward of Tokyo alone there are located over 100 Buddhist temples and Shinto shrines, however they are quite scattered about the area. One nice thing about the temples area in southern Koenji is that many temples are clustered in one small area, so even though many areas of Koenji are well known for their subculture and counterculture, the temples area of Koenji is a great place to escape the modern bustle of Tokyo.

Getting there: Koenji’s temple area lies between the stations of Koenji and Shin-Koenji (on the Marunoichi line), where several temples are set beside one another within a few hundred meters, some of which were moved to this area at the beginning of the 20th century as a result of urbanization of the central area of Tokyo. To get to this temple sanctuary, simple walk south on the main drag from Koenji Station about 10 minutes (650 meters) and as you walk up a hill take a left at the traffic light. As you walk down this small street there will be 4 temples in a row on your left and 3 more behind those. You can also walk north from Tokyo Metro’s Shin-Koenji Station, which is a bit closer.

What to expect: The Koenji temple area is nothing like Kyoto or a touristy area, but rather it is a quiet area where you can relax your mind walking among small nice temples surrounded by neat gardens. It is a quaint area of peace and tranquility where you can breathe in the history and get a glimpse of Buddhism in Japan, away from the crowds. Unlike Shinto shrines, at Buddhist templs like these there are no “omikuji” fortunes, amulets, or incense available for purchase– only the peace of the surrounding nature and the seraphic Buddha statues, Kannon and Jizo. You may find yourself or your group walking alone through the temple grounds, and you may not even find a soul—but it does help you look deep into your own. Occasionally you will see a Buddhist monk tending to temple routine, and Japanese people will sometimes enter the temple grounds and stop for prayer. You may do so as well if you feel so inclined—there is usually a donation box which you can throw in one coin of any amount, pull the rope, bow once and pray silently (a different process than praying at Shinto shrines— you should not clap at temples).

Temple information: Several temples, mostly from the Zen Soto, are located here. Six of them are open to enter, while the others can be glimpsed by the gates that give beautiful views of the gardens.
Saishoji Temple, the closest to the main road, was built in 1574 in Minato-ku and is surrounded by nature. During autumn season it is full of colorful “momiji” maple trees. The large cast iron bell on the side would traditionally be rung 108 times on New Year’s Eve. The next temple over is So-oji Temple, dedicated to the protection of children where you can find many seraphic Jizo statue in the garden; Nobuhiro Sato, a political thinker of early 19th century, is also buried here.

Other temples follow one another in the street, like the Muneyasuin and its large statue of Kanon that moved here in 1909 from Ichigaya, when the army school needed more space. The original main building of this temple has been relocated here and for this reason it is one of Koenji’s oldest temples. Walk past the elementary school north of those temples to find Fukujiyuin, Chozenji on the corner, and Horinji Temple across the small street, with its 3.6 meter Jizo Bosatsu statue.
Chozenji Temple is a Nichiren Buddhist temple founded in 1590 in Yanaka, charaterized by many interesting and funny statues, and in summer you can see beautiful water lilies. Here they also hold many fun community events. Just behind Chozenji Temple you can find the small Fukujuin Temple, moved here during the Meiji Era.

Koenji Engei Matsuri– A festival for rakugo, traditional Japanese comedic storytelling, with shows held in unusual places every February. The “Rakugo Without Borders” show with English surtitles is usually held on a weekend at the above-mentioned Chozenji Temple.

When to visit: The temples are usually only open to visitors during daylight hours, from morning until around 5:00pm. 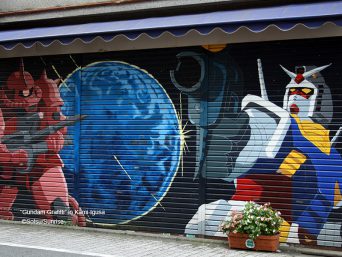 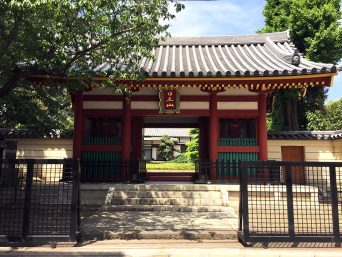 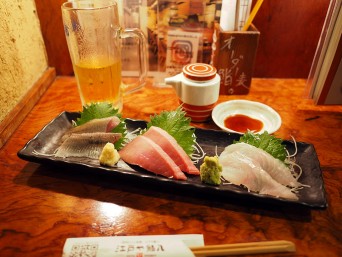 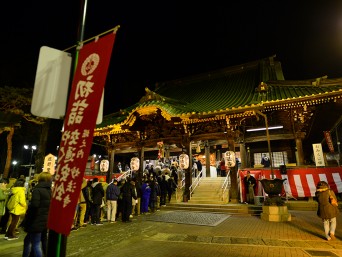 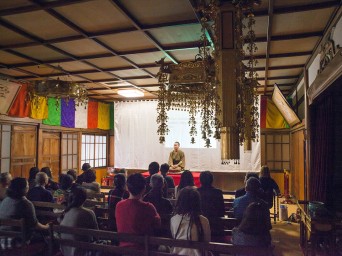 Usually Held Over a Week in Mid-February 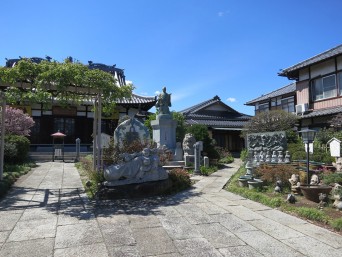 Temple in the Koenji Temples Area with Many Sculptures and Events 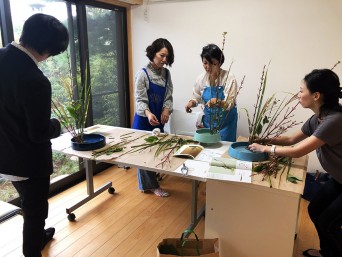